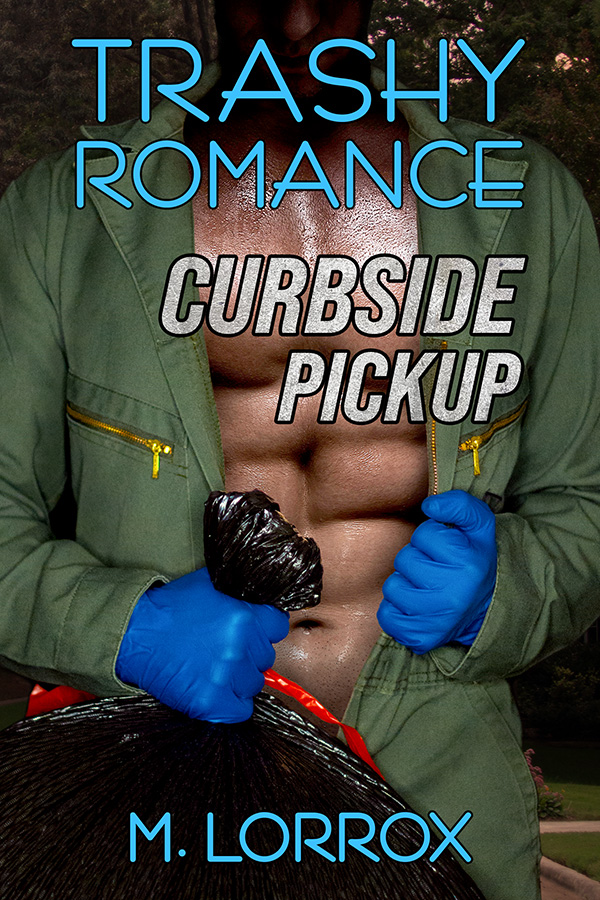 When Jackie kicks her boyfriend to the curb, sexy garbageman Luke Montero is there to help her take out the trash… But can he also help her throw away her preconceptions about casual sex? Can she show him that he’s more than a hot night of sweaty fun?

This sample may contain adult language and themes. Only open if you are an adult and affirm you want to read this content.

Jackie Flowers, AKA Ms. Flowers the economics teacher, finished the last class of the day with a spring in her step. When she walked to her car in the faculty lot at the John D. Davis Memorial High School in Raleigh, North Carolina, she had to hold her urge to jog across the pavement at bay. I’m still at work, she thought. She took a calming breath and smelled the magnolia blossoms from the stand of trees between the parking lot and soccer field. The afternoon sun was shining bright, she was smiling, her shoulder-length brown hair was pulled into a ponytail that bounced at her neck, and before too long, she was at her car.

She made her short commute home slightly shorter than usual, and she wasted no time crossing her driveway and unlocking her front door. As her keys rattled to silence on a hook on the wall in her entry, she checked her watch. Two hours until William gets home.

She had a long list of things to do—to prepare—but she didn’t worry. She didn’t even jog between the rooms of the home she bought two years ago; she stepped with confidence, believing in her ability to effectively manage the remaining time.

When William finally parked his new Mercedes next to Jackie’s used, but well-cared-for BMW in the driveway, she took her position just inside the front door of the house. She was wearing a dress fit for the fanciest restaurant downtown, Oil & Water, but she wasn’t planning on going out. When the door opened and she caught the sparkling brown eyes of the man she’d loved for the past five years, her plan of playing it cool fell to the floor.

“Happy anniversary!” she said as she leapt toward him and threw her arms around him.

“Whoa!” William said. He caught her in one arm while his other arm used his briefcase as ballast, like a tightrope walker being hit by a gust of wind and shifting their pole. When he felt sure-footed again, a smile crossed his cleanly shaved, angular face. “Hi, baby. Happy anniversary. Mind if I come in?”

Jackie’s face was buried in the crook of his neck and shoulder. His expensive suit felt soft on her cheek, and she nuzzled against him. “When I’m done hugging you.”

He laughed and stepped in, and Jackie moved with him. He set down his briefcase, and then with both arms, he hugged her petite frame tight. “What’s cooking? It smells wonderful.”

She released her grasp on him, and she stepped back while adding a sly grin to her outfit.

Jackie’s green eyes radiated in the early evening light that poured through the door, and William saw a particularly mischievous look in them. He gladly followed the cue to check her out, and he noticed that her soft skin glowed like rich honey: warm, sweet, and perfect. Her garnet-colored dress was snug, hugging her frame and following every curve. The push-up bra performed magic on her small breasts, adding a hint of cleavage where there typically was none, and the waist of the dress revealed an hourglass shape before the skirt filled with her hips. Just above the knee, the garment quit, like it just couldn’t compete with the aesthetic quality of Jackie’s favorite part of her own body: her toned and shapely legs.

Tina Turner had nothin’ on those stems.

When William’s gaze met the floor beneath the black, open-toed heels she wore, he swallowed and shook his head while slowly retracing the delectable view back to her face. “Babe, you look…even more wonderful. This is quite the surprise.”

Jackie took a moment herself to look her lover up and down, and while he was wearing one of his typical suits for the law-office, she noticed a flare of a bulge grow in his charcoal slacks. “I’ve got more surprises for you in the kitchen,” she said in words that dripped seduction, then she licked her lips. “I hope you’re hungry for dinner, and, uh, also for a special desert.”

The brown swoop of William’s styled hair bounced with his excited nods. “Absolutely, but I have a present for you as well, would you like it now?” He took a step forward so that she had to look up at him with her big eyes. “Or maybe you want my gifts after dinner?”

She played along and bit her lip. “Oh, I’m not sure I can wait…” She ran her hands up William’s ribs, under his sport coat, and she stretched her neck upward to bring her lips within reach.

He stepped even closer and held her body against his as he kissed her soft lips with a subtle ferocity. He felt her hands press the back of his shoulder blades, and after a quick progression ending with both of their tongues dancing together, William pulled away for a breath. “I want you right fucking now,” he said.

She kissed him again, tracing his sides with her hands until they reached the belt on his pants. Her thumbs rode the black leather while her fingers caressed below, and as she reached her arms behind him, she felt his muscles tense beneath her touch. She pulled away from him for a breath and angled her lips toward his ear. “We should eat first,” she said in a whisper.

He winced a little, then he was again reminded of the glorious scent that filled the house. He released her. “That does smell really good. What did you make?”

“The evening’s first course is honey-glazed salmon, a garden-herb risotto, and a glass of the oak-aged Chardonnay we picked up last year on vacation.”

William couldn’t help but lick his lips. “All that’s the first course?”

Jackie flashed her brow playfully. “Indeed,” she said as she grabbed his hand and led him away from the door.

“But my shoes?” William said as he resisted her draw.

Jackie only tightened her grip. “It’s okay. Come sit at the table, and I’ll start by serving you.”

If you liked that sample, I’ve got good news for you.

It’s live and available at your favorite retailers! 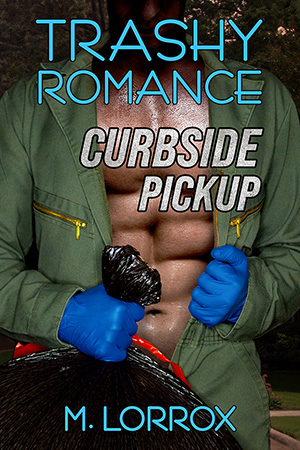 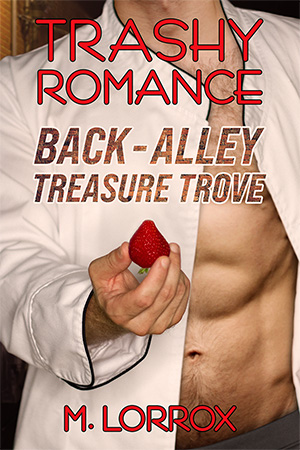 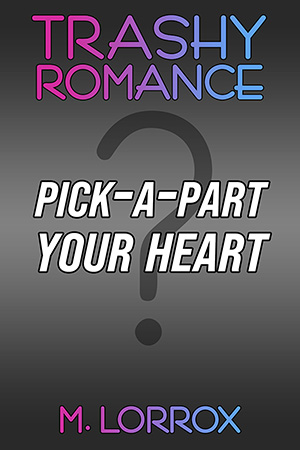 Want to stay in the loop? Sign up for my newsletter!

I, Matto (M. Lorrox), hate SPAM more than zombies, and I promise that I’ll never send any. I won’t sell this list either, because that’s bullsh*t. You can unsubscribe at anytime, and because I write about things other than my fiction, I won’t feel bad if you ever decide to leave.