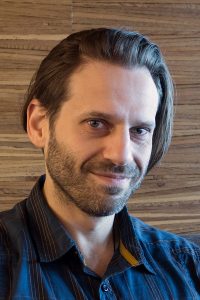 Hi, I’m Matto! I’m an author, independent publisher, designer, and voice actor living in Durham, NC. It sounds like I do a lot, and I do, but I’m not normal. I have an inexhaustible drive to learn and create things.

I started writing when I was in high-school, a long time ago. The things I wrote were mostly little stories about dragons, magic, mystical energies, and other worlds.

I’ve always loved mythology, and I studied comparative mythology and literature in college. I mostly enjoy reading fantasy and science fiction, and I get a special kick when it’s mixed with some reality. While modern life is grand, sometimes I wish there was more magic hiding in it.

I studied Kung Fu in college, and after collecting my notes, I self-published them into a bound, hardcover book for my reference. I never made it publicly available, but it marked the first time I succeeded in the self-publishing process.

After college, I did more college. After that, I started to explore creative writing by creating haiku. I’ve been publishing spiritual poetry online since 2010 at https://freestylehaiku.com, and for a period I also sold ebook and print book collections through all the major retailers. I decided to take them down, though, and remove the financial element of the project. While I don’t write them often, when I do, I don’t want to be distracted by their marketabilty.

It wasn’t until 2016 that I published my first fiction novels. That series, called INFINITE VAMPIRE, is so awesome that I don’t know where to start! It’s four novels and a novella, and together the story is about a half-million words long! Initially I published them wide, on all retailers, for a period, but currently they’re only available on Amazon. You can learn more about them on their dedicated page on this site, or at INFINITE VAMPIRE’s main website.

I’ve got a few other projects I’m working on as well, (stay tuned!) and I can’t wait to finish them so that I can move along to other things! (I do not suffer from a lack of ideas.)

I’ve always been an artist and designer. I completed an MFA in Fine Arts for Live Action Filmmaking from Rochester Institute of Technology, and I spent a few years making abstract films that screened in over 75 festivals internationally. I still make art as a hobby, working mostly with digital manipulation of image and video.

I grew up helping my dad with building projects, and that application of creativity and engineering stuck with me. I build a lot of fancy furniture for my home, including a mosaic coffee table, a gigantic kitchen table made from recycle welded steel and reclaimed tobacco barn wood, custom structural elements like glass banisters, outdoor landscaping features like multi-tiered stone patios, etc.

I’ve also started playing with designing my own board games, and I have two prototypes in a series so far. It’ll take years for me to finish the series, but that’s okay. Currently I’m focusing on my writing and publishing.

I recorded my first few audiobooks in 2016. The first studio I built had a lower sound floor than most professional spaces, but it was small and it had bad ergonomics to work in. When my partner and I bought a house, I built a new studio in what was a pair of adjacent closets. This studio doesn’t have the same amazing sound floor (sound isolation), but instead it has amazing acoustics for recording.

I only have the time to work on recording my own projects right now, but someday I look forward to reading all sorts of books by other amazing authors. Besides reading work I’ve written, I’m also experimenting with ad-hoc storytelling. With all my practicing, someday, I’m going to be really really good!

Q: What do you do when you’re not working?

A: Oh, I work a a lot, but I try and balance it with free time so that my family doesn’t lose interest in me. On a self-declared day off, I might be out and about on my motorcycle for active-meditation, staying at home with my family, connecting with others via video-chats, or playing with our dogs at Eno River (they love to swim!).

Q: Do you play D&D and if so, do you play a Monk/Bard multi-class character in D&D? ;-P

A: Thanks for asking! I do play D&D, and I wish I could play more. That said, no, I do not play as a Monk/Bard multi-class.

Most people (including myself) like to play ‘role-playing’ games (like D&D) where they can pretend to be someone else. I am a monk (self-identifying), and I am a bard (a storyteller), in real life.

I am currently playing a Teifling Warlock; two things I am not. His name is Murderchai (no relation or commentary to the personality of similar name in the Hebrew bible, Mordecai). I chose the name because my character likes to murder chai tea drinks.

Q: Can you tell me more about your martial arts practice?

A: My dad studied Shorin Ryu while he was stationed in Okinawa, Japan, and I have always been interested in different fighting systems and styles.

I studied a little karate when I was in middle school, but nothing serious. When I attended Cornell University, I studied Tae Kwon Do, and while I was only there a year, I progressed to a mid-rank. I remain undefeated in my competition sparring record, having won the singe match I entered in!

I left Cornell to study arts after that year, and I discovered a style of Kung Fu at my new college. That was the game changer, and I’ve been a Kung Fu practitioner ever since (I think I started in 2002).

Q: Why are there only a items in this FAQ?

A: Because I need more people to ask me questions! Do it at Goodreads, and I might post the questions here as well (anonymously, of course).