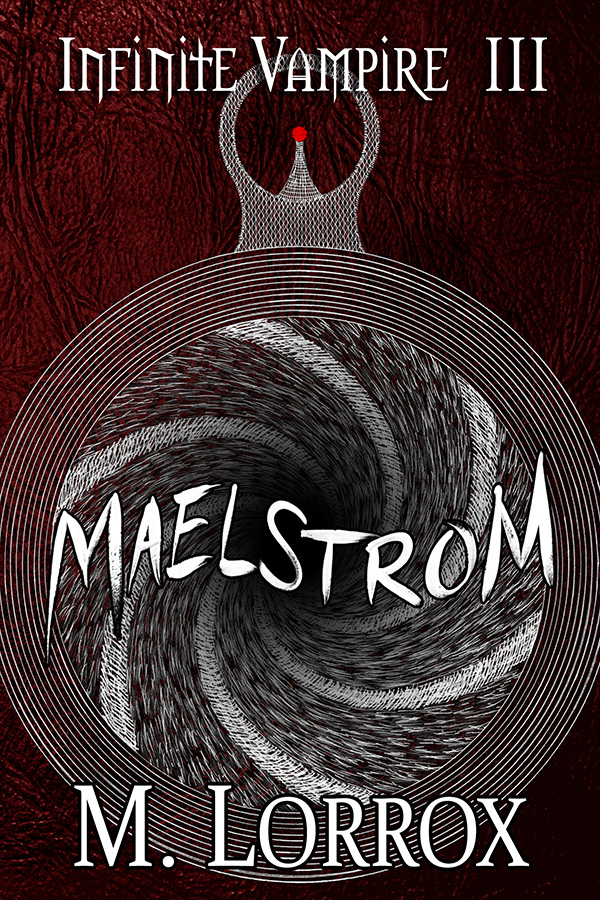 There is no peace for the wicked, and tonight there’s none for anyone in Washington, DC. Minutes ago, horror was unleashed, and no one is prepared—they’re devastated. When push comes to gnaw, people must choose: try not to die, or sacrifice themselves to save another.

While innocent loved ones are trapped in a nightmare, heroes will rise…and fall. The fight will take them to death’s door, but they don’t plan on knocking. These soldiers plan to kick that door down, toss in grenades, and run like hell. They better watch their step, because beneath their feet is a river of blood, spilled by the threats all around them.

And there’s one other thing—something deep inside that the brave can embrace: a ruthless determination to fight back, to live.

Infinite Vampire III: MAELSTROM picks up where QUEEN’S GAMBIT drops off and takes the story in a new direction: one that tears along like it’s being chased by a zombie…on fire.

Okay, wow! This book is probably my favorite so far in the series! It was so intense, and had me in the edge of my seat the whole time…

This series is a must read. The writing is outstanding. I highly recommend this book!

A page turner filled with action, and many twists, this book does more than entertain. From mad and sad to happy but cautious, this runs the gambit. 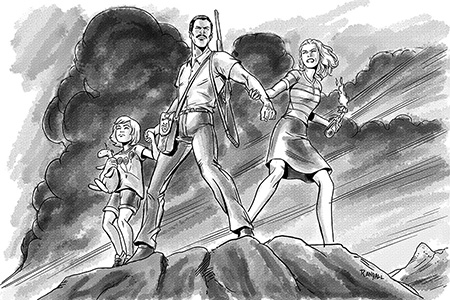 About all sorts of heroes that step up when they hear the call.

A field trip turns into a nightmare where danger claws and bites beyond every corner. When two-dozen sunlight-sensitive kids are trapped, new heroes must rise to the occasion…and try not to fall.

Hold tight, follow the leader, and watch out for Molotovs… Seriously, keep your head down.

(I got this! Lookout! Don’t make me come over there!)

It’s a hard fight without a moments rest, but somebody’s got to do it.

Washington DC is boiling over with zombies, and the innocent people downtown are trapped. Some of them take things into their own hands…along with their lives.

Some have trained their whole lives for such danger, but is that experience enough? 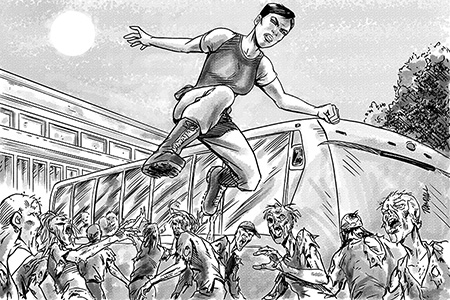 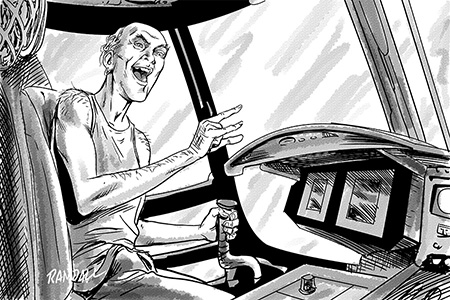 and try to keep up.

There’s an old saying: ‘Don’t mess with crazy, ’cause crazy is what you’ll get.’ In this case, crazy is the only hope our heroes have, and laws, regulations, and safety protocols have to get thrown out the window…

Hopefully no one else will be lost at altitude, so buckle up.

And at all times it is a struggle between life and death.

Can the people of Washington DC survive the afternoon commute? Can a knight and a squire protect the kids? Can a few amateurs make a difference? Can a team of marines save the day? Can a bunch of teens stay out of trouble???

Can anyone save the people they love?

(Duck and Cover! Sorry I Broke That! Dang, I Should Work Out More!) 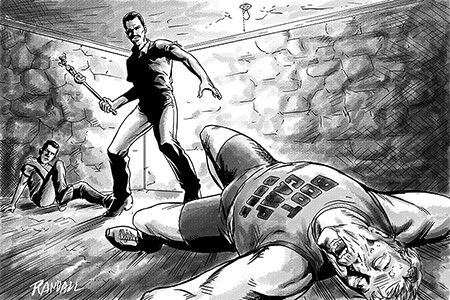