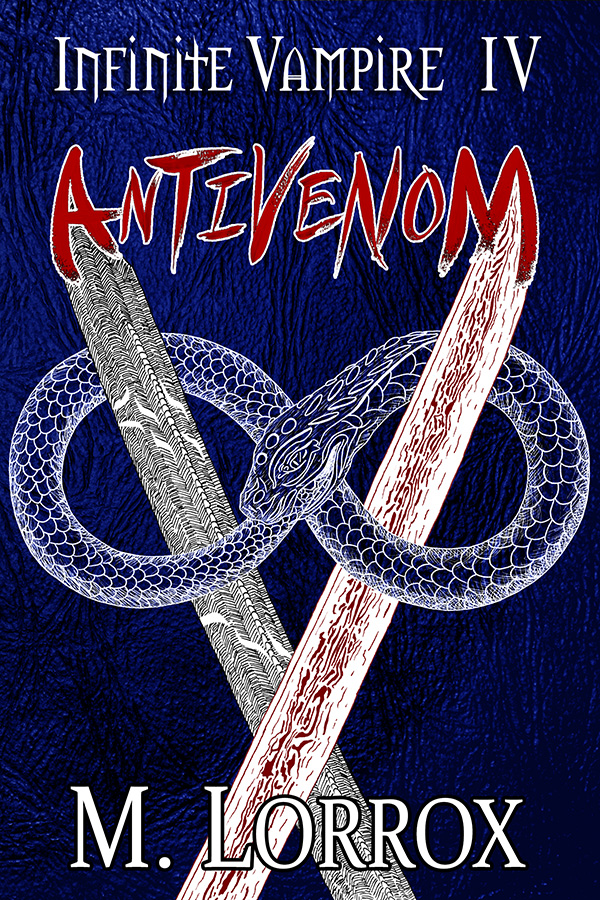 It’s all come down to this: a call to the brave to do what’s right and kill who’s wrong. More than anyone imagined is on the line, and that line is a trail of destruction leading straight toward Væir. A small team of heroes has a huge task, but it’s not as simple as they believe…

An ancient evil breathes ever closer as a modern apocalypse unfolds faster, and above them all, the sun sets over an ocean of pain, painting the sky red. Yesteryear’s legends, bound in blood, once again fight alongside each other. Tomorrow’s warriors take on their first missions, and they form lifelong bonds by bleeding together—bonds they hope last more than the day.

But while much is uncertain, the true meaning of one thing is made apparent: Life in the blood—death in the blood.

Infinite Vampire IV: ANTIVENOM picks up where MAELSTROM drops off and completes the story in the only way M. Lorrox knows: EPIC’LY.

I absolutely loved this series and hope this is made into a tv series/movies.

his is one of my favorite in the series. Action, heroes, fighting, tech gadgets, unexpected events at every turn. I cried. I screamed and I celebrated each success! 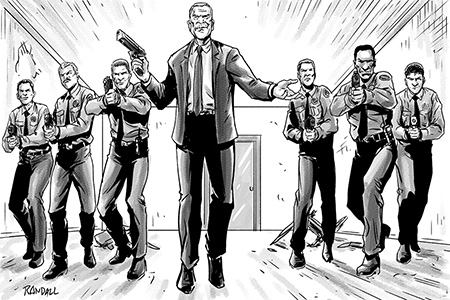 Filled with the nastiest of enemies.

It’s down to the wire, and that wire is razor-sharp and dripping with poison… What do ultra-wealthy secret organizations, hired goons, fancy tech, and bad men with really big pistols have in common?

They’re a real pain in the neck to deal with.

There’s no turning back in this one, and everyone knows it.

Heroes must work together and take care of one another, else there’d be no hope for success. With new and old (and very old) enemies at every turn, staying alert isn’t enough to stay alive. Teamwork between new allies, bullets, swords, and a lot of bandages are the only things that can keep this mission from becoming a complete failure.

(Put pressure on this! It’s just a flesh wound! Point me toward danger!) 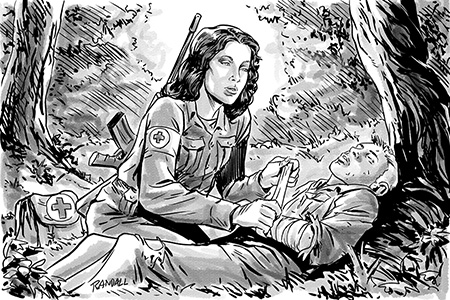 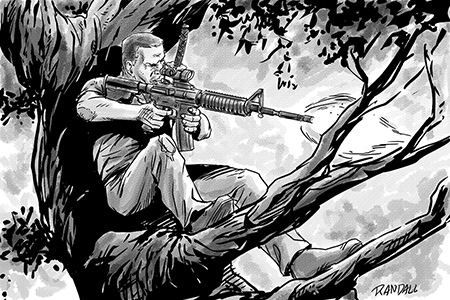 A team of heroes travels across the world for the fight of their lives, and for some, it’s their last…

It’s a good thing they’re not in the business of taking prisoners.

(Don’t make me come down there! Damn, I could use a drink!)

New strength must be found or else all will be lost.

While others struggle to change the world’s fate, another battle ensues. What started as a typical Friday afternoon in a small town, now ends with the re-emergence of an incredible power…

The question remains: Is the world ready for it?

(Identity crisis! This will take some getting used to!) 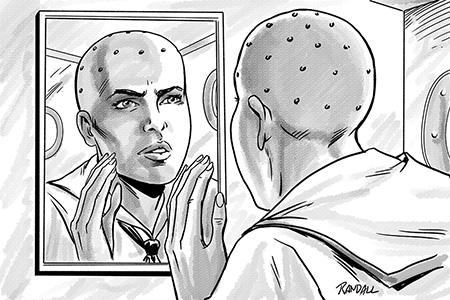