THIS CONTENT NEEDS UPDATING. THE BEST BIO IS ON THE ABOUT PAGE.

I’m an emerging, American author. My story is like any good novel; it’s full of mystery, suspense, drama, and comedy. Hopefully my story turns into a fine wine—instead of a stinky cheese. In any case, while I’m writing that book (as slowly as possible), here are some highlights so far:

M. Lorrox is the name; try to wear it out. Infinite Vampire is M.’s first series, and there will be many more to follow. In his free time, he enjoys riding his motorcycle around Durham, NC. If you see him at a coffee shop, feel free to say, “Hi, M.”

M.’s unique upbringing in rural, upstate New York, enriched him with a great sense of humor, incredible stubbornness, and legendary resourcefulness. After college and an MFA, M. worked for “THE MAN,” and M. hated it.

A born storyteller, when M. discovered the joys and pains of writing novels, something clicked. M. focused all his efforts—and finances—into forming a publishing company and writing. M.’s first novel series, Infinite Vampire, is being released during the summer of 2017.

M. is an emerging, American author. His personal story is like any good novel; it’s full of mystery, suspense, drama, and comedy. He hopes his story turns into a fine wine—instead of a stinky cheese. In any case, while M. is writing that book (as slowly as he can manage), what follows is a selection of interesting anecdotes to date.

He was raised in a barn in rural, upstate New York. M. recalls that it was quite cold in the winters, and that his family had a wood-burning furnace that never worked well. M. says he gained an early appreciation for sweaters.

In junior high, M. tried…and failed, to publish a book about the science of dragons. He still has the manuscript, and he plans to publish it someday.

In college, he made up a BS degree, then he earned a MFA in story-telling. M. also studied Northern Shaolin Kung Fu, and he taught it for a while.

After college, M. discovered, “I had problems with authority… And conformity… And bigotry… And misogyny… And etc., etc., etc.” He tried to make small changes while still fitting in, then he gave up on fitting in altogether, and he started flipping tables like no tomorrow.

M. bought a motorcycle and crashed it. Then he fixed it and kept riding. He describes a way to harden one’s nerves: “Spend a few years riding 25 miles a day, rain or shine, on Route 66 and the 495 Beltway of DC in rush hour. You’ll either be dead or a badass.”

After gaining badass status, he decided to postpone putting that last update on a gravestone, so M. decided to move out of the busy, DC area. Instead of renewing the lease on his apartment, M. signed up for an awesome gym membership, moved his stuff into a storage unit, and squatted in a DC warehouse for a few months. M. worked out and showered daily at the gym, which required him to carry various bags around. Homeless people on his routes thought he was also homeless, and they would offer him advice. M. says that he always thanked them.

After six months of shenanigans, M. decided to push his luck in DC, and he signed a lease for an affordable apartment on the top floor of a building. The roof collapsed on him on Valentine’s Day. M. says he took a selfie with the rubble on his head, and, “I was pissed.”

M. now lives in Durham, North Carolina in a nice, warm house with a good roof. His local gym isn’t fancy, but it does the job. M. enjoys riding his motorcycle to local coffee shops, very safely. Most importantly, he continues flipping tables like no tomorrow.

C’mon, really? You need something longer than 500 words? Shoot me an email; we can set up an interview. M@MLorrox.com 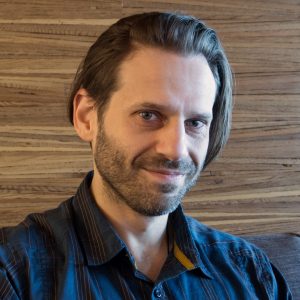 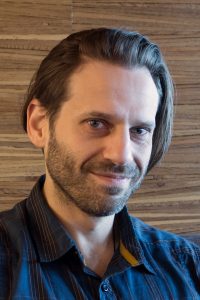 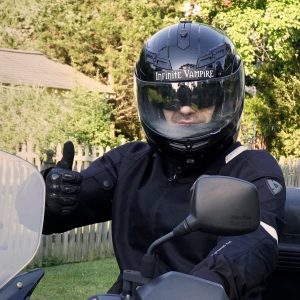